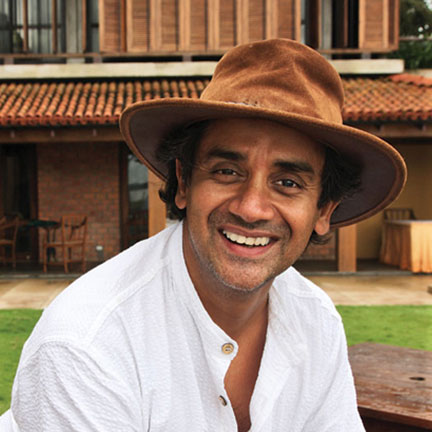 “In an age of environmental concern, Ganga Kutir Residency has used recycled bricks from old materials, enhancing its character. The property suggests that architecture married to nature can be the ‘refreshing change’ that we are seeking in our lives”.

MICD Associates is an architectural design firm that was formed in 1997 by Channa Daswatte and Murad Ismail, who met while working for Geoffrey Bawa Associates. They create architecture appropriate to site, climate and culture, using materials of everyday construction, including freely available industrial materials. Channa Daswatte graduated from the University of Moratuwa in 1987 and worked in the practice of C. Anjalendran. Thereafter, he pursued a postgraduate diploma in architecture at the University College, London, 1990, followed by a Master of Architecture in advanced architectural studies at the University of London in 1991. He then joined the Architectural Consultancy of Geoffrey Bawa in 1991 and was involved in several projects including the Kandalama Hotel and the new residence for the President of Sri Lanka. He was made a Director / Partner of Geoffrey Bawa Associates Private Limited in 1997. He co-founded MICD Associates and partnered Murad Ismail from 1997 onwards.

He was also a lecturer and year person at the Colombo School of Architecture from 1992 to 2001 and a lecturer at the University of Moratuwa from 2002 to 2004. His literary achievements comprise contributions to magazines on architecture and style and writing of the book Sri Lanka Style with photographs by Dominic Sansoni. 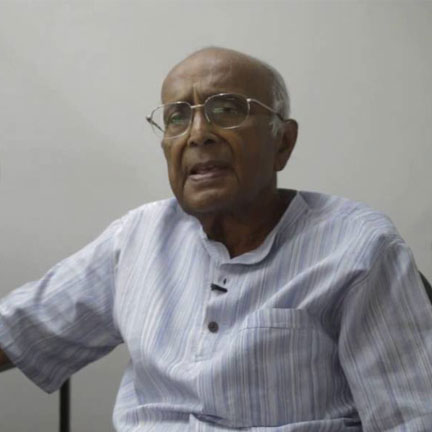 In 1967 he was awarded for the National Art Gallery, Munich design competition, in which top ten architects of the world were invited. It was for his imaginative use of space and dimension to create The Ffort Raichak,Shri Mitra got the JK Cements Architect of the Year in ‘98. His work was also nominated for the much coveted Aga Khan award. Shri Mitra lives and works out of his city of love, Kolkata. 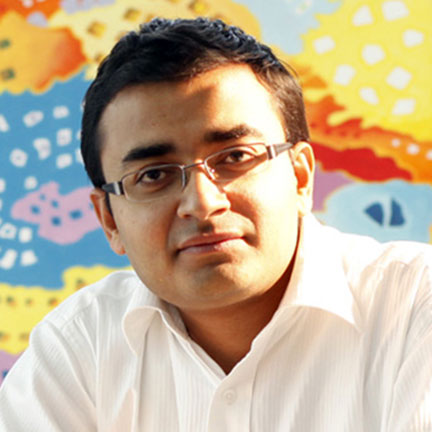 An architect and project manager, the Managing Director of Salient Pvt. Ltd, Vivek Singh Rathore is a Bachelor of Architecture from IIT Roorkee and studied Project Management at NICMAR. He is also a member of the Council of Architecture. He has played a major role in the Ambuja Realty Group since its inception. He has been responsible for the Company’s design, development and planning, contributed towards urban and physical development design elements of multi-disciplinary projects, is experienced in project development and management of various commercial and residential projects and has been involved in the design and development of infrastructure development projects. 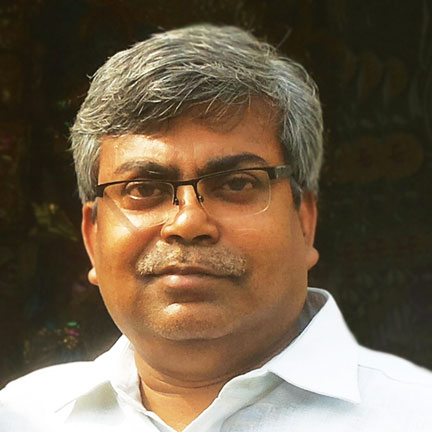 “In an age of environmental concern, Mallika Villas has used recycled bricks from old materials, enhancing its character. The property suggests that architecture married to nature can be the ‘refreshing change’ that we are seeking in our lives”

Greetings from Raichak on Ganges!


Please note that any person who deals with such unscrupulous individuals/ entities shall be doing this at their own risk and Raichak on Ganges will not be liable or responsible for any kind of loss incurred or damage suffered or any consequences arising from it.